The story of Arsenal's mascot, Gun Dragon, a guy who has accompanied Arsenal for 27 years! The story of Gun Dragon, written on Arsenal's official website: In the summer of 1993, the team began to rebuild Highbury Stadium (Highbury Stadium), during the excavation process, workers found a boulder. Some people were worried that this was a bomb left over from war, but when they carefully cleaned up the dirt on it, they discovered that it was a huge egg. The staff carefully lifted it out and brought it to a hidden corner. They wrapped it in Arsenal's blanket, and soon it cracked. According to the staff, they were all stunned by the contents of the egg. Inside was a small dinosaur with a round green belly and a long, full tail. It quickly grew to 7 feet tall, and Arsenal equipped him with a full set of equipment including football boots. It stayed at Arsenal since then and found its eternal home. On August 20, 1993, before the match against Manchester City, Arsenal brought it to meet with the audience and announced that the dinosaur was named "Parasaurus". In fact, Rex was designed by a kid: In the 1993-94 season, the Arsenal Club held a competition to design a new mascot for their young fans. Inspired by the "Jurassic Park" released in the summer of the same year, Peter Lovell, who was only 11 years old at the time, wanted to design a huge, cool and handsome, but very friendly dinosaur, representing Assen The swiftness and strength of the football club. Lovell's parents are both Arsenal fans. With their support, Lovell sketched lines on the paper, painted colors, wrote a brief introduction, and did it all in one go. The Gun Dragon was born. A few weeks later, Lovell discovered that his work was included in the shortlist. Then he received a call and a letter from the club, informing him that he had won the game, and the club also invited him to participate in the "first show" of Gun Long. Lovell’s excitement was beyond words: "I saw him, and I hugged him. I felt his comforting hug, the strength of his arms, his paws gently stroking my shoulders, his furry green The skin rubs on my face. It is as real as Santa Claus." "As an 11-year-old kid, designing a Premier League mascot gave me real self-affirmation." More than 20 years later, Lovell's childhood creations still play an important role in his life. Gunlong even brought a gift and a letter from Arsene Wenger (Arsene Wenger) to his wedding in August 2013. Facing the Gunslinger, Lovell was very proud, "I feel like he is like my son. Although I rarely talk to him, it is the coolest mascot in the Premier League. It is the most powerful and interesting. Every When I see the Arsenal match, no matter what the result is, I see it and feel like a proud dragon father." Although it has been more than 20 years since this green dinosaur first appeared, people still feel very surprised every time they see it. For them, Qianglong is definitely a competent mascot and has always spread happiness. If anyone feared it on the day of its debut, people will no longer be afraid today, because he seems to be a happy dinosaur. Whether it was raining, silent, or failure, he was smiling. In addition to representing the strength of the Arsenal team, this behemoth also shows optimism and warmth. At present, the British fans are ready to join in their online support of Gundam actor Quinn, and the mascot cannot leave us! (Original author Wu Mengyue) 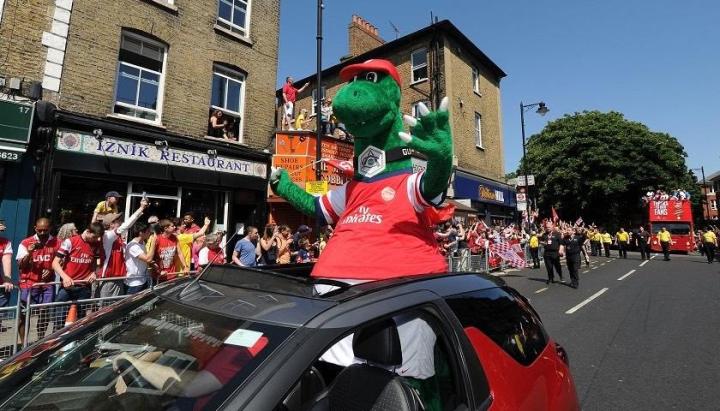 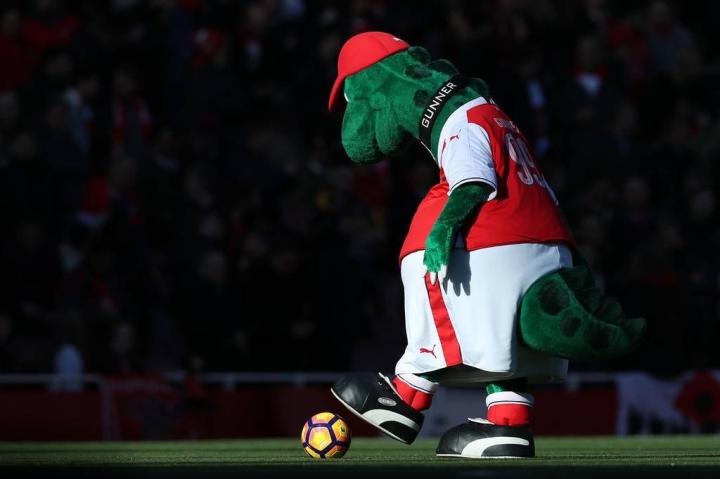 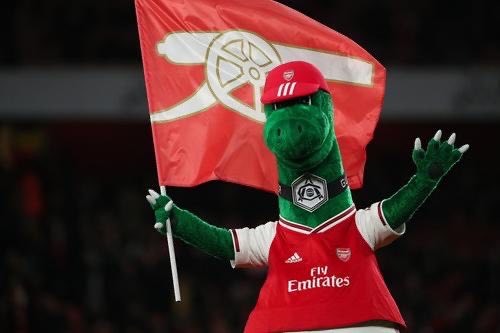